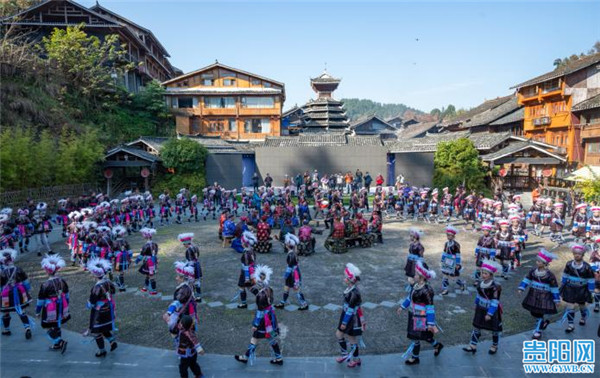 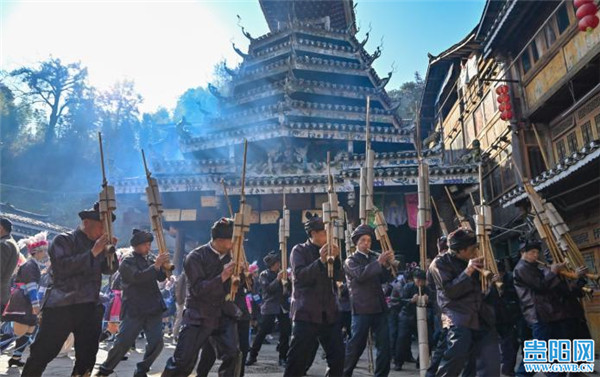 The Jisa ceremony, which is an important part of the Dong new year, is the oldest ceremony among the Dong people in southern Guizhou. It was listed as a national intangible culture heritage item in 2006. [Photo/Guiyang news network]

The Jisa ceremony is held to pray for good weather for crops, a flourishing population and the safety of the village. It showcases Dong costumes, music, dances and customs, attracting many tourists every year. [Photo/Guiyang news network]